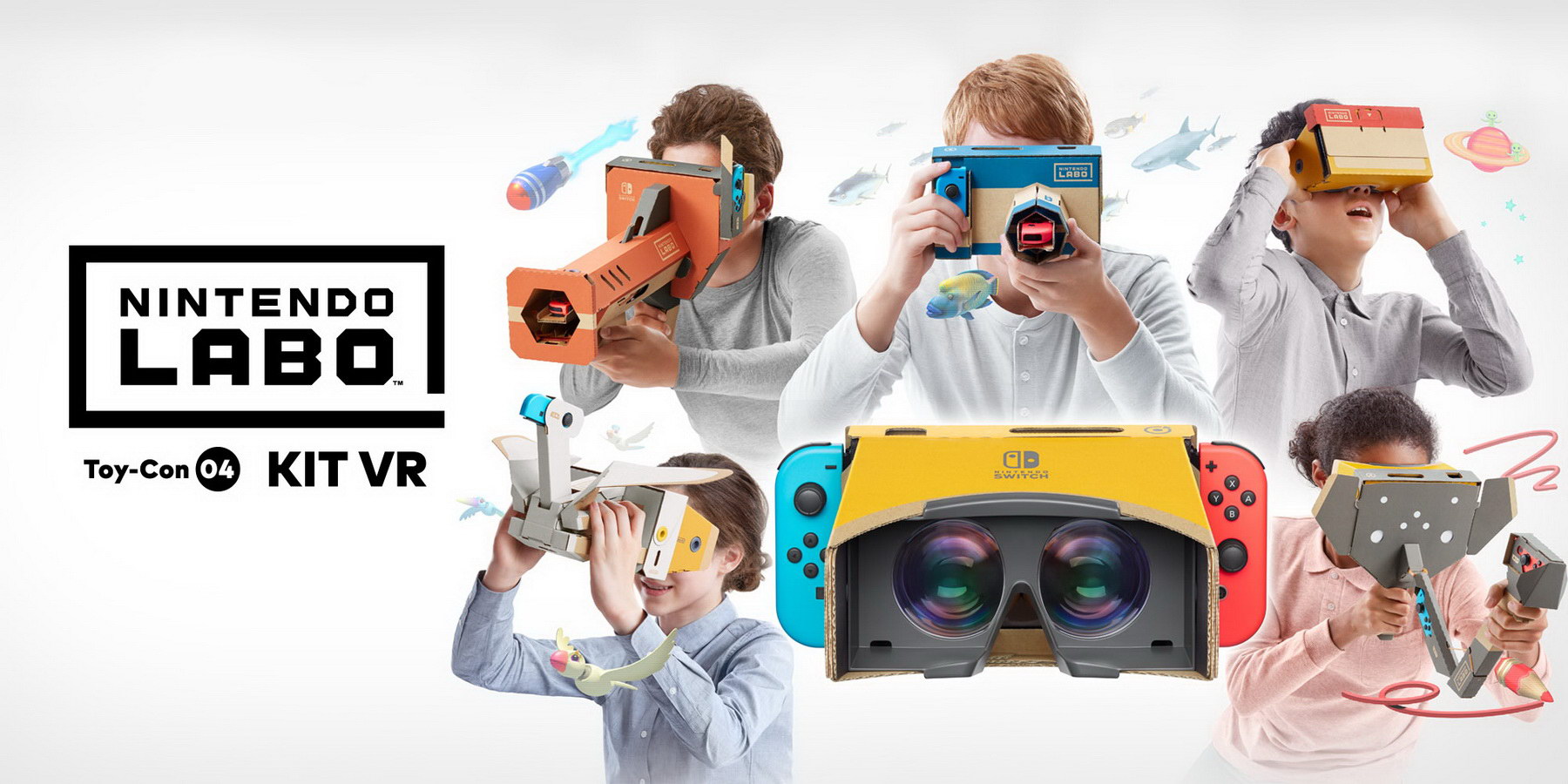 With its self-made virtual reality headset, Nintendo does not seek to offer a window to ultra-immersive virtual universes, but simply a new way to design the fun cardboard toys of its "Labo". 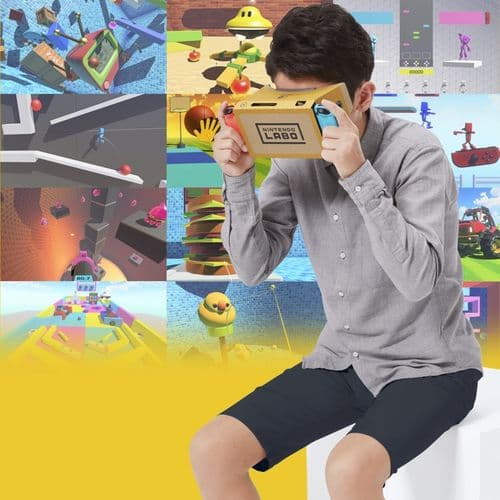 It's been just a year since Nintendo opened for the first time the doors of his Lab. With this range of "video toys" unlike any other, the company invited children and their parents to extend the experience of the game on Switch in the real world, not by collecting a multitude of plastic figures, but by manufacturing themselves their toys made of cardboard boards, string ends, elastics and stickers; all this assembled in mechanisms of often impressive ingenuity, from the fishing rod to the car wheel to the robot-armor. This manual approach, eminently tangible and real game, well clever that could have guessed that his path would cross one day that of virtual reality.

Yet that's what the fourth kit of "Toy-Cons" - as they are named - made by Nintendo in this range. The centerpiece of the kit consists of a visor with two plastic Fresnel lenses, which of course you have to mount yourself, following plans and instructions as clear as those of previous toys Labo. Once this first task is done, slide your Switch into the visor, and you're ready to take your first step into virtual reality, according to Nintendo.

Unless you decide to go straight to mounting the next toy-con. Because the visor is only a first element of the kit which, in its complete version, includes no less than 5 additional toys whose assembly will take you between one and... three hours per toy. It must be said that these toy-cons are once again an ingenuity and sophistication that has enough to leave speechless.

Whether it's the camera and its rotating lens with mechanical stops and clicks (whose rotation is captured by a joy-con housed in the mechanism), or the awesome gun with trigger, manual reload and "clapper" "integrated, difficult not to be amazed by the crazy complexity of objects that Nintendo manages to build us with simple pieces of cardboard. So that's already enough to keep you and your kids busy for long afternoons. 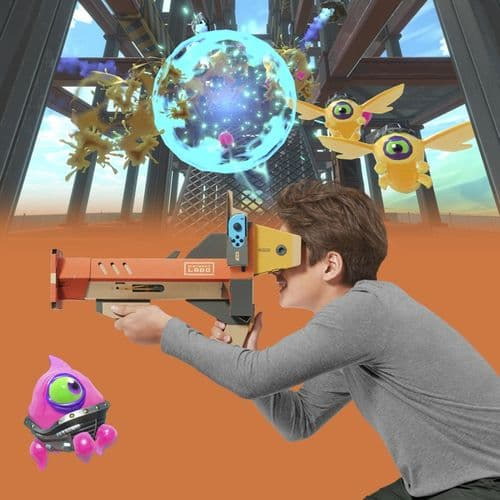 And VR experiences, in all of this? We would almost forget them! And for good reason: they are perfectly forgettable. The game cartridge accompanying the cardboard boards contains only tiny experiences (small platform games, flight, rail shooting ...) that are done in just a few minutes - and it would have been futile to offer more . Because finally, we were not going to dodge forever the question of the technical limitations of the Switch, obviously far too big to shape a truly convincing virtual reality.

As soon as you put your nose in the visor for the first time, you immediately realize that the hardware of the Switch with VR is not limited to its limited graphics power and low display definition. . First of all, there is the excessively high remanence of the LCD screen, which causes a violent and very unpleasant blur when you move your head a little too fast.

More importantly, the motion detection too poor performance of the console is responsible for it a small latency between the head movements and their repercussion on the screen of the console; the result is very uncomfortable, and may even turn out to be unbearable for people particularly prone to vertigo. All these problems put end to end make the Switch a device perfectly incapable of producing anything more than a semblance of extremely elemental virtual reality. Like a Google Cardboard, do you say? On the pure technique, we are even still significantly below. 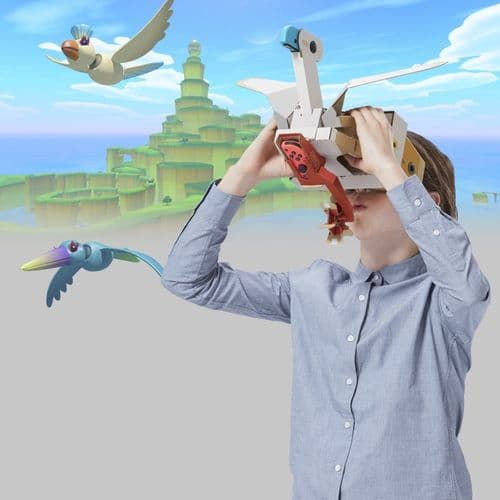 Certainly, we will be content with it as long as it will only play a few moments to these experiences whose sole and only purpose is to allow the famous "initial wonder" of virtual reality. This first contact always a little magical, where we feel flying in the air, where we contemplate on a real scale the little character that we are heading through the obstacle course in front of him. And from this first brief sensation passed, the playful interest of the experiments is exhausted; after launching one of the mini-games, it's only a matter of 5 or 10 minutes before you get tired - maybe a little more if you're a stubborn child (Nintendo says his VR kit usable from 7 years).

So we take out the head of the visor, we take a few seconds to recover his spirits, then we turn our head towards the box of the kit, where, with a little luck, still drag some boards of intact cardboard, which are only waiting for 'to be cut, folded and nested until more thirsty. And we find the smile by thinking of all these new mechanisms and great assemblies that we will discover by mounting the next toy-con. After all, that's what we came to do at the base, right? 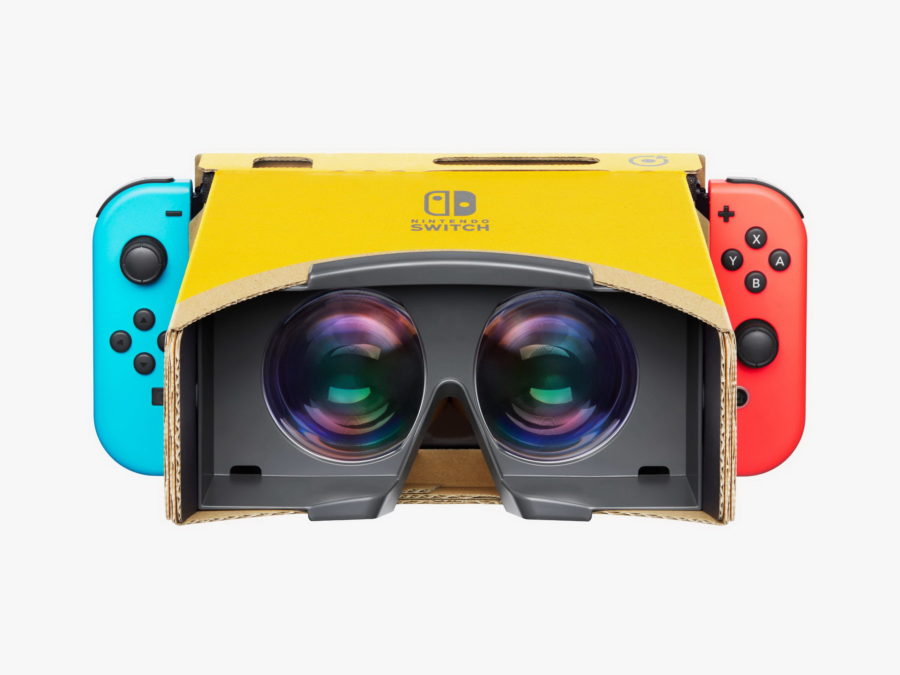 We knew of course that the virtual reality experience made by the Nintendo Labo would not have the ambition of the "real" virtual reality. The Nintendo's cardboard goggles, as well as the Switch's low computing capacity and the unsuitability of its screen, offer only a very limited immersion in minigames that are quickly exhausting. But the kit finds its reason to be elsewhere, in its cardboard toys always as fun to make oneself, and whose ingenuity is enough to itself to cause wonder. In the end, are we really surprised to find that for Nintendo, real toys are much more important than virtual universes?