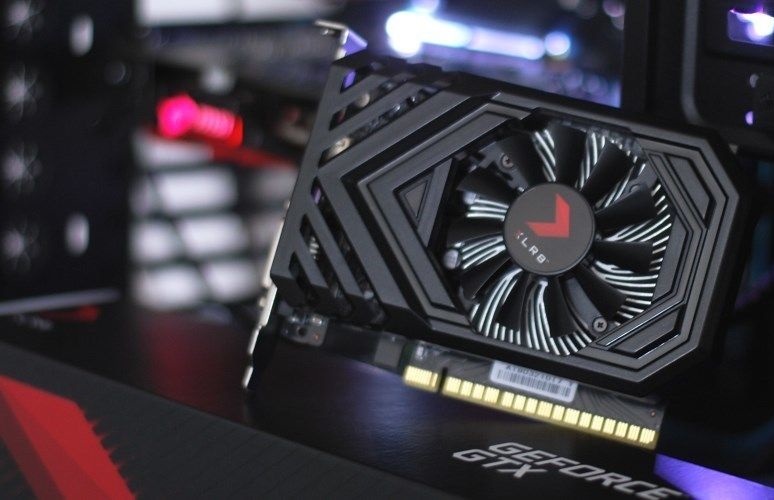 With the GeForce GTX 1650, Nvidia intends to lure players who do not want or not the opportunity to spend several hundred euros to indulge in their favorite hobby. This model is subject to stiff competition.

The GeForce GTX 1650 is for players with Full HD monitors whose portfolio is not scalable or who do not care to put all the graphics options to their maximum in games. To achieve a performance / pricing balance contained, however, Nvidia had to limit certain things.

Like its big sisters - the GeForce GTX 1660 Ti and GeForce GTX 1660 - the GeForce GTX 1650 boasts a Turing generation graphics chip. From a strictly architectural point of view, it is therefore the same engine that feeds this small graphics card that is under the hood of expensive GeForce RTX 20. This allows to observe a fairly clear gain in performance at frequency and number units of calculation equivalent to the GeForce GTX 10 "Pascal". On the other hand, there are no computation units specific to the hardware acceleration of raytracing rendering or type IA calculations. 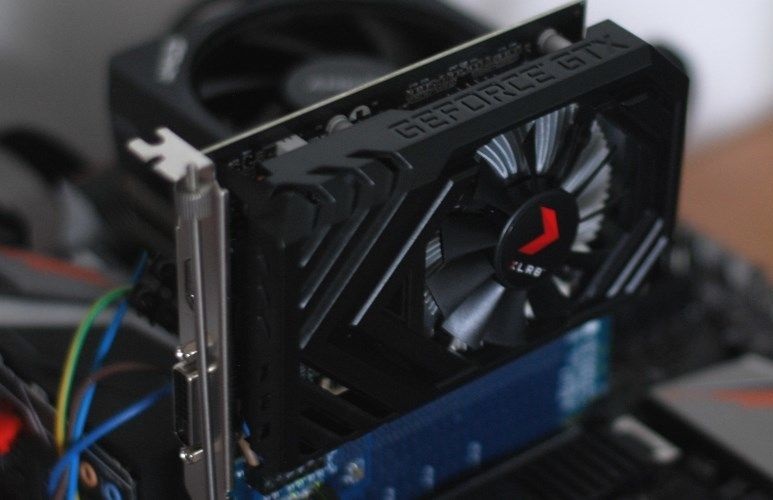 These orders of magnitude help to better understand why the Nvidia GeForce GTX 1650 is less expensive to produce and why its technical characteristics are rather modest. Indeed, the number of calculation units is limited to 896 units for 32 units of rendering and 56 units dedicated to textures. The whole operates at a base frequency of 1,485 MHz for an average GPU Boost frequency of 1 665 MHz.

As for all of its GeForce GTX 16s, Nvidia did not wish to create reference graphics cards - the Founders Edition - on its GeForce GTX 1650. The firm therefore left it to its partners to provide custom models to the press. So we conducted our tests on a PNY GeForce GTX 1650 XLR8, a card at the GPU slightly "overclocked" factory. Its base frequency is not affected, but the average GPU Boost frequency wins a handful of megahertz to display at 1,725 MHz. Nothing transcendent.

We appreciate here the cooling system of the PNY card. Overall, the small cooling system does not have much to dissipate, it is doing pretty well. In games, the breath generated by the rotation of said fan is audible, but it will not really disturb the entourage of a player who placed his computer in the middle of the living room. At rest, the ventilation does not cut, but remains discreet.

In the trade, there are two types of GeForce GTX 1650: those with a PCIe power connector and those without. PNY XLR8 is in the second category - this is the case for most inexpensive models - which technically limits its power consumption to 75 W (PCI Express standard).

In fact, the card is even less greedy with an average of 65 W and peaks at 68 W. This is particularly low, the Radeon RX 570 AMD pulling for example in 180 W. It is an advantage for the GeForce that will replace any graphics card without requiring a change of power. Obviously, if the performance is not very high, the ratio to the power consumption is good, excellent even. Our energy index is one of the best seen so far.

Before performing our performance measurements, we examined the GPU frequency behavior of our test graphics card. After several tens of minutes of non-stop playing in a closed and normally ventilated case, the PNY board displays an average frequency of 1,860 MHz with oscillations between 1,815 MHz and 1,890 MHz.

Play in Full HD, all graphics options enabled, can be envisaged on light games. Unfortunately, for most of the recent titles, it will be necessary to lower the antialiasing, or in addition to go to a lower level of detail.

Compared to other graphics cards on the market, the newcomer is down by 67% compared to a GeForce GTX 1660 classic. The GeForce GTX 1060 6 GB is 39% faster. Finally, the Radeon RX 570 4 GB - which plays in the same tariff category - is on average 15% faster on our test protocol.

If the GeForce GTX 16 have been able to offer a consistent price / performance ratio, it is a little less the case of this GeForce GTX 1650. At this level of pricing, the comparison with the Radeon RX 570 4 GB is quite painful. The AMD card, faster in games, has an equivalent amount of memory - 8GB versions also exist.

Nvidia, however, retains the advantage of power consumption - the younger Radeon, the weight of its age on this aspect. As part of the replacement of a graphics card really old or broken, this is a little more to consider since it can avoid changing power during a renewal of graphics card (if the computer has a small power supply, type 300 W).

When you fly, in the coming months, what will be the future of the GeForce GTX 1650 will be confronted with the highlights of the range of the Navi offer of AMD. Of course, you notice that there is between the GeForce GTX 1650 and the GTX 1660 (40% plus surplus, 67% plus speed), and it is not impossible that Nvidia decides to interchange a decline Ti , one foot plus musclage.

The GeForce GTX 1650 can play on a full HD monitor in good conditions, even if it will be necessary to get rid of certain graphic options to maintain a satisfactory image rate. This, combined with a very low power consumption, makes it a model of choice to replace a faulty card at lower cost. It is difficult to compare with the Radeon RX 570 AMD, cheaper, faster - but more energy.