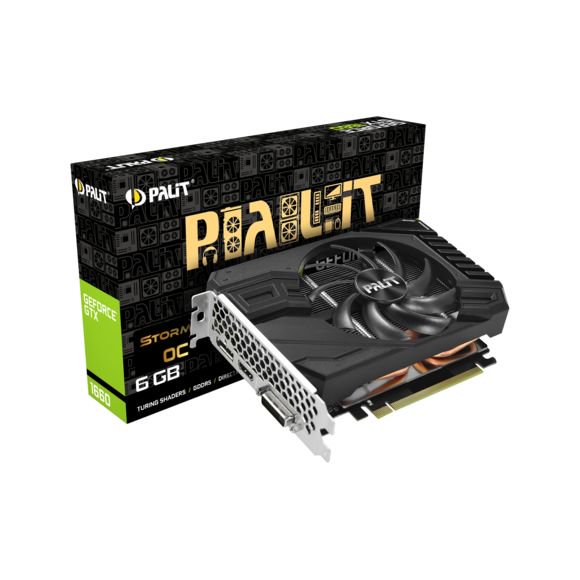 We will not go into detail on the TU116 chip used - widely discussed in the test of the GeForce GTX 1660 Ti - nor on the Nvidia Turing architecture, shelled in a specific article. What is the difference between the TU116 chip of the GTX 1660 and that of the Ti version? One SM block is disabled on the first, with respect to the second. This results in a number of computing units that goes from 1,536 to 1,408 units and the loss of 8 units dedicated to textures (88 units). The frequency does not really change with a minimum base at 1,530 MHz and an average GPU Boost announced at 1,785 MHz where it is at 1,770 MHz on the GTX 1660 Ti. 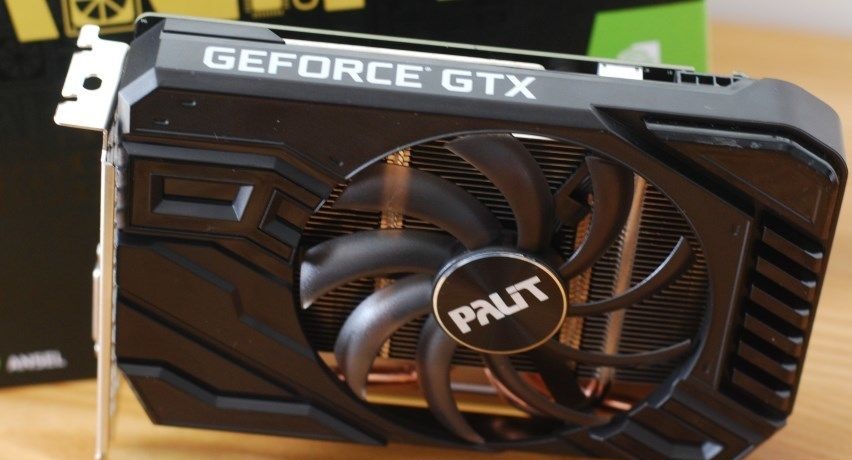 As on the top model, Nvidia does not produce a reference map - the Founders Edition - on the GeForce GTX 1660. Our tests were conducted on a Palit GeForce GTX 1660 StormX OC which, as the name suggests is "overclocked" from factory - very slightly however, with a gain of 45 MHz only on the frequency GPU Boost. The single-fan cooling system, which is fairly basic, is representative of the cards sold by AMD's partners.

The Graphic card was particularly discreet at rest. Good, because the ventilation does not cut unfortunately when the GPU is not solicited. In games, the result is correct in the absolute, but a purr is noticeable, which is quickly annoying. 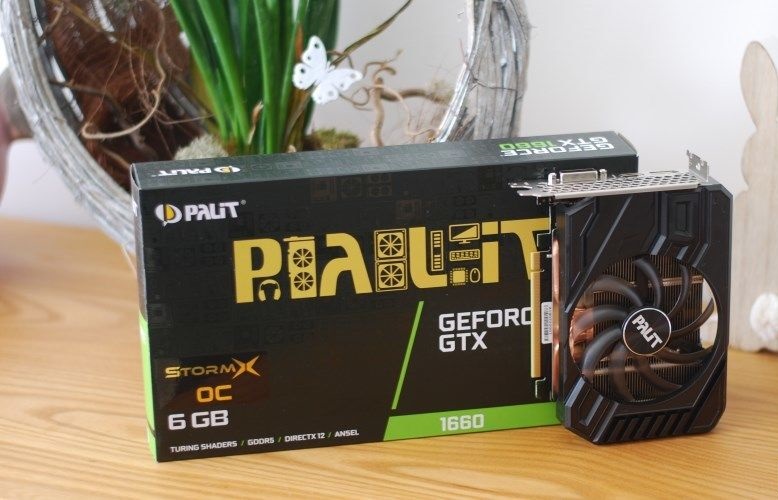 Before conducting our tests in video games, we have, as always, raised the effective frequency of the graphics chip. For this purpose, we place the graphics card in a standard computer case - the rate tests in games are performed under the same conditions - and let a game loop on a test stage for more than 30 minutes. The frequency of the Palit map quickly stabilized at 1,920 MHz, with no variation, such as a flat encephalogram. A slightly better result than the PNY GeForce GTX 1660 XLR8 Gaming OC that operates at an average frequency of 1860 MHz.

The Full HD definition (1,920 x 1,080 px) is the playground of choice for this model. The games in our test panel run at a rate of between 50 and 100 fps, all graphics options enabled. A very good result since only a few very heavy games will require lowering one or the other graphic effect.

The higher definition (WQHD - 2560 x 1440 px) is possible, some titles running at more than 50 fps. Nevertheless, there are many cases where it will be necessary to reduce the graphic options (like antialiasing) to maintain a correct fluidity. Deviations from other graphics cards change little: the GeForce GTX 1660 Ti is 16% faster, the Radeon RX 590 is 9% behind, while the GeForce GTX 1070 is 12% ahead. 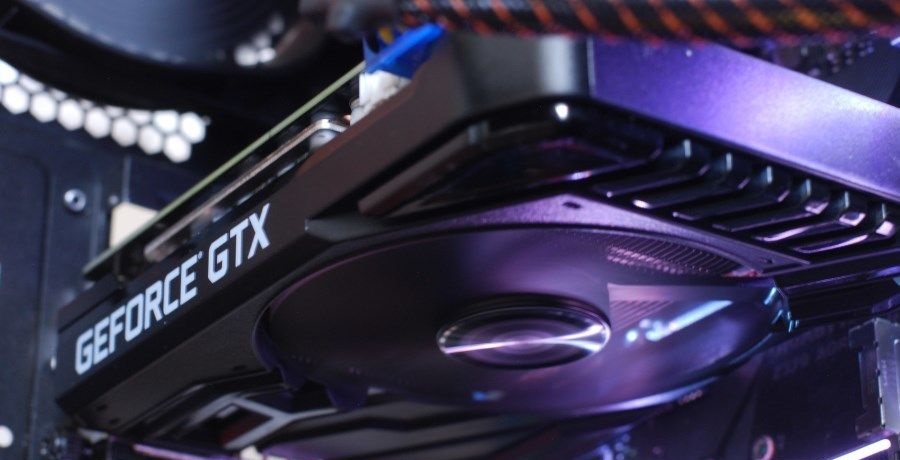 The tariff placement is also correct compared to the higher model. The GeForce GTX 1660 is thus 30% less expensive than the "Ti" variation while being only 13% slower in games. Ultimately, this model is quite interesting for owners of Full HD monitors.

This test was performed on a Palit GeForce GTX 1660 StormX OC, a model with very light factory overclocking with a gain of 45 MHz on the GPU only. Not very big (17 cm), this model will easily fit into the most compact housings. The cooling system is fairly basic and customary for a graphics card of this kind: a metal plate is in contact with the graphics chip, the memory chips and the power stage. This plate is welded to the radiator (a model with vertical fins), which is crossed by three copper heat pipes. Everything is cooled by a single axial fan.

The power stage is limited to 3 phases for the GPU and 1 phase for the memory. An 8-pin PCIe power cord is required for proper operation of the card. Three video outputs are present: an HDMI 2.0b, a DisplayPort 1.4 and a DVI. The video engine also speeds up the decoding and encoding of Full HD and 4K / UHD video, whether encoded in H.264 or HEVC. For 4K / HEVC playback, the medium extends up to 120 Hz in 10 or 12 bits. The decoding of 8K videos at 30 Hz is also part of the game, with a maximum bit rate of 320 Mb / s. The 4K / HEVC encoding is valid for up to 60 Hz in 10 bits. By the way, the HDR is supported, including in games.

Finally, we find as always the software ecosystem of Nvidia architecture around the GeForce Experience software. This one allows to optimize on the fly the graphic settings of the games in order to propose the best compromise between details and flow of images. This utility also allows you to update the driver, easily save your game parts as videos, or even broadcast them on Twitch. It will also propose to make screenshots of new generation with the Ansel tool.

Players engaged in their passion on a full HD monitor have every interest in considering the GeForce GTX 1660. In this definition, the image rate in games is high and rare are the situations where it will be necessary to lower the graphics settings. Not very energetic, it is also a good choice for those who want to update their computer without changing power.