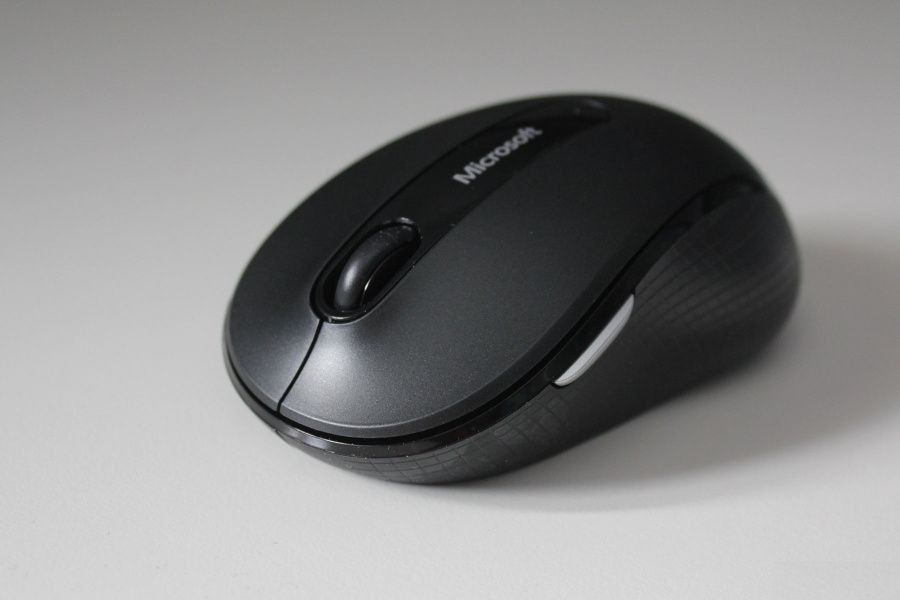 Although the Wireless Mobile Mouse 4000 is no longer young, it remains well anchored in the Microsoft mouse catalog. With its BlueTrack sensor, it is supposed to work on the most exotic surfaces.

Negative points
- Recognition of surfaces perfectible: the sensor does not work on the glass
- One 2.4 GHz wireless mode, no Bluetooth alternative (USB dongle required)
- Not intended for left-handed people despite a symmetrical shape
- No adjustment of the sensitivity of the sensor 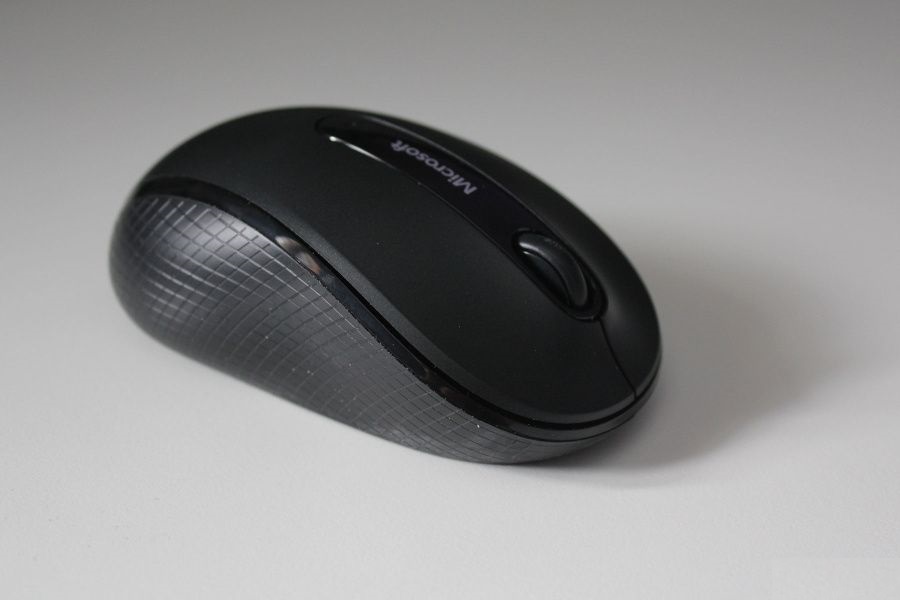 Now sold for less than $30, the Microsoft Wireless Mobile Mouse 4000 is rubbing against the many nomadic mice sold at low prices in stores. It can still rely on a slice button that is often lacking in many of its competitors, while its optical sensor BlueTrack should in principle give it an advantage in terms of surface recognition. 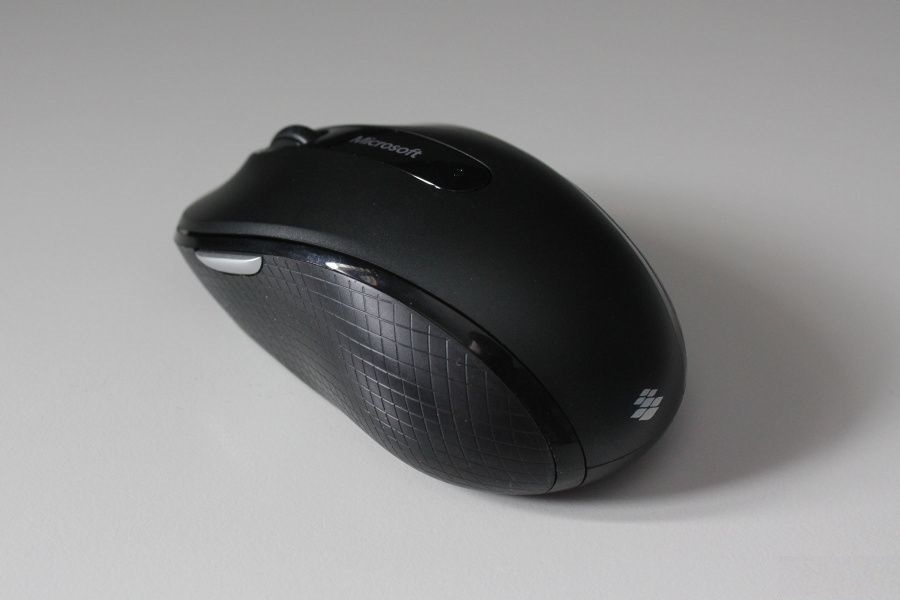 Mobile mouse requires, the Wireless Mobile Mouse 4000 is quite compact. At 102.5mm long, 60.8mm wide and 39mm high, it is closer to a Logitech MX Anywhere than to a smaller Logitech Wireless Mini Mouse, for example. The big hands will always have no other choice but to seize it with the end of the fingers, in spite of its height which could let hope to put a piece of palm there; a privilege reserved for smaller hands, therefore.

If left-handers can handle the mouse without problems, the presence of a button only on the left edge reserves rather right-handed, which is unfortunate. The very forward positioning of this button can however cause involuntary activations with the ring finger, and that is why we can not really recommend this model to left-handed people.

The grip is nevertheless satisfactory in all cases, thanks to curved slices and coated with textured anti-slip elastomer. We can easily pinch the mouse between our fingers to lift it naturally, its mass of 95g allowing manipulation without much effort. We could have hoped for a few grams less, but operating with an AA (LR06) battery rather than a Li-Ion battery limits the possibilities of lightening. 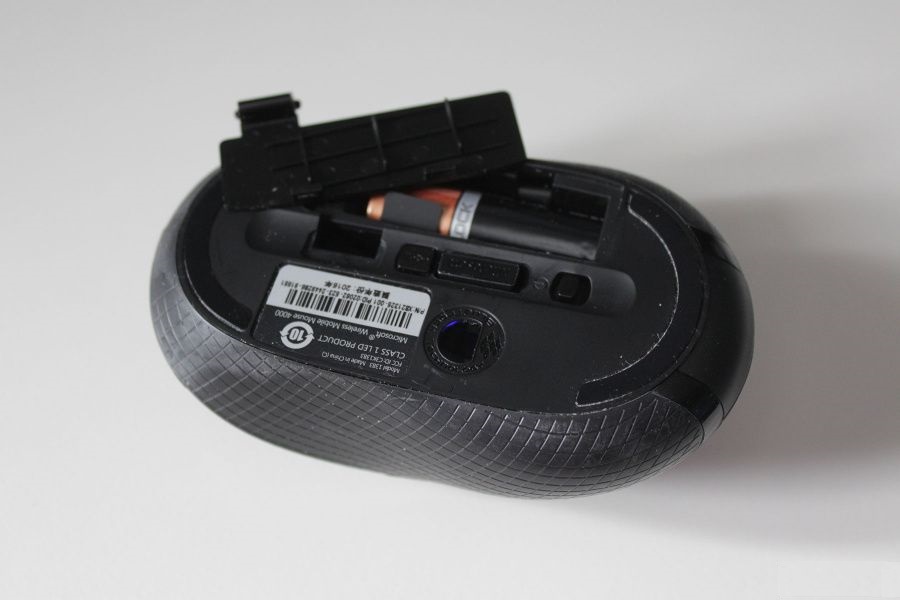 The small price of the Wireless Mobile Mouse 4000 does not prevent it from displaying an honorable finish, although it does not reach the quality of higher-end models such as the MX Anywhere or the Cherry MW 8 Advanced, for example, sold at least twice as much.

In terms of buttons, we appreciate the flexibility and discretion of the two main, much less noisy than those of Logitech mice, for example - apart from Silent models, of course. A definite asset when it comes to using your mouse in transport (train in particular), but also at home or at work so as not to disturb those around us. That of the wheel is unfortunately much more firm and audible. A fourth button finds its place on the slice and serves by default to return to the previous page. Essential for browsing the Internet or even in the explorer. We regret, however, that Microsoft has not added a second button on this slice, for the function "next page". All buttons are also programmable via the same software.

The wheel, for its part, is devoid of notches. This is not really a problem in office automation, but some users may need regular scrolling and they may not be able to do this. To take into account before the purchase, therefore. We are here far from the versatility and quality of a Logitech detachable wheel as found on the MX models of the manufacturer, or even the beautiful metal wheel of a Microsoft Precision Mouse - mice that evolve however in another category.

In terms of gliding, nothing to complain about, the two PTFE pads ensure smooth movements and not too noisy. To finish on the autonomy, Microsoft indicates up to 10 months of operation, which we have unfortunately been able to verify during our test period, inevitably much shorter. This should, however, provide sufficient peace of mind, especially as it only takes one AA battery to use the mouse. 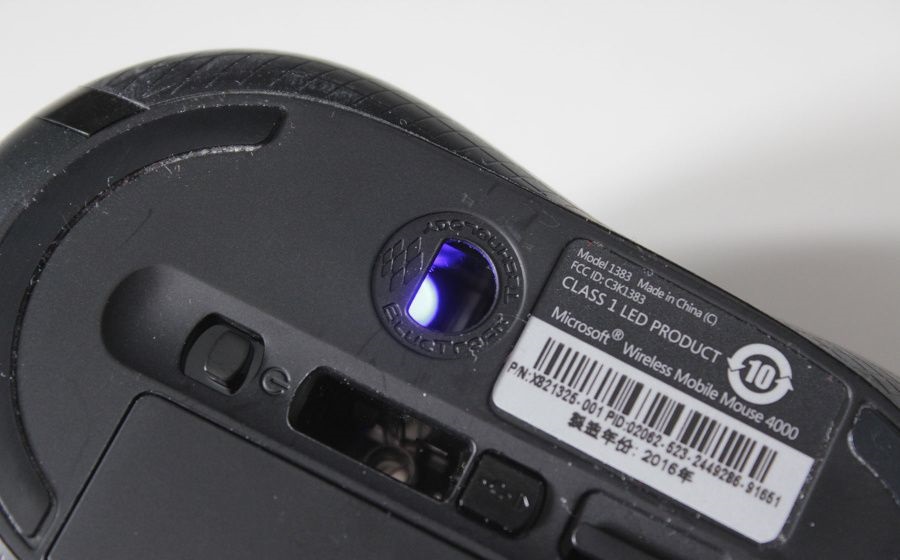 The BlueTrack sensor used in this Microsoft Wireless Mobile Mouse 4000 is not a lightning war, but it behaves well in office. We did not have to suffer stall or jumps pixels, accuracy is satisfactory for this use. It will be avoided of course for video games, it is not his vocation, especially since it is impossible to change the sensitivity of the sensor! You have to be content with changing the pointer speed in the Windows settings.

On the side of the wireless link, the use of a 2.4 GHz radio transceiver ensures a good behavior to the mouse which is quite responsive despite its office function; in any case much more than most Bluetooth models that can give an impression of heaviness because of a latency often higher. However, it will be necessary to use a USB port on the computer, which will not settle the users of modern ultraportables that have less and less available connectivity.

Microsoft highlights the off-road or all-surface nature of the BlueTrack sensor used in this Wireless Mobile Mouse 4000. If you can actually use it worry-free on fabrics, a satin-finished desk or other more exotic surfaces such as the famous "living room rug" that Microsoft quotes in the presentation of his mouse, we are still on our hunger. The reason is that this sensor is unable to function properly on glass or too bright surfaces. Only newer BlueTrack sensors are capable, such as those used in the latest Precision Mouse and Classic IntelliMouse. No wonder for a mouse released a decade ago, but we could have hoped that Microsoft revises its copy to improve the versatility of his little nomadic mouse. For that, it will probably wait for a new model that will replace it completely.

Despite its age, Microsoft Wireless Mobile Mouse 4000 is showing good overall behavior. Its optical BlueTrack sensor is however not as efficient as those of newer mice and unfortunately does not work on the glass, which limits its versatility.