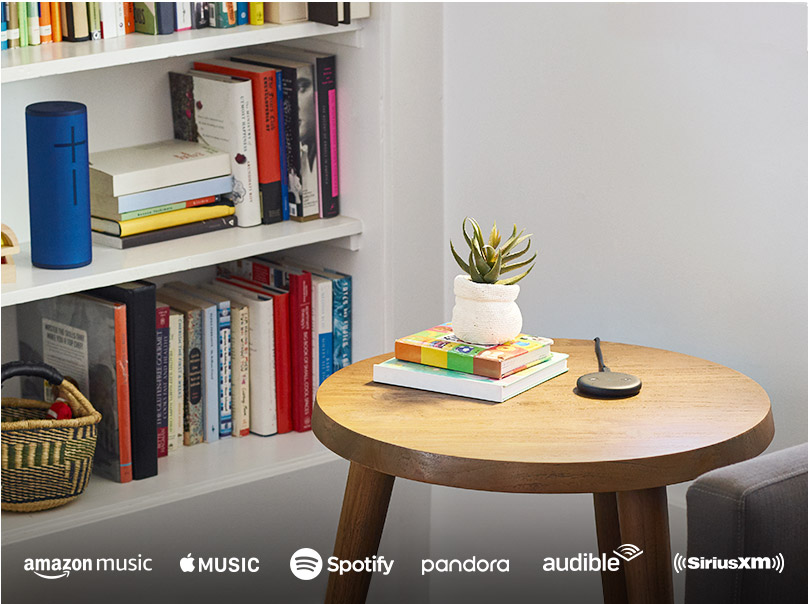 Transform any sound installation into a connected speaker boarding the voice assistant Alexa: this is the vocation of the Input, new entry-level of the now widely supplied Echo range of Amazon. Simple and efficient ?

The best description that can be made of the Echo Input is a formula: it is essentially an Echo Dot having ablated its speaker. Fully silent, the Input must be connected to an external speaker, otherwise it can not be used.

Negative points
- Becomes unusable when the speaker is turned off
- A mini-jack output, a Bluetooth transmitter, and that's it 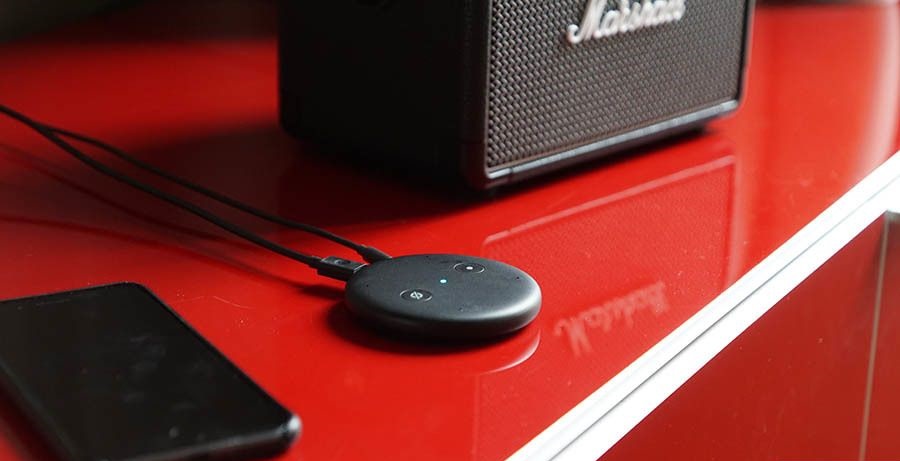 This connection can be made either wired via the supplied mini-jack cable or Bluetooth; in this second case, the pairing of the Input with the speaker is done via the mobile application Alexa, following a reasonably intuitive procedure. One may find it unfortunate that Amazon has decided to settle for these two interfaces which ultimately only correspond to the union minimum. It would have been particularly appreciated that the machine offers at least one optical S / PDIF output - if only because there are many audio devices able to wake up automatically when they receive a signal on their optical input. As it is, if you want to be able to address Alexa in any circumstances, the Input requires you to leave your speaker on permanently.

Once the connection is made, the input acts as both microphone giving access to Alexa, and AlexaCast receiver. In this way, it allows you to access via the Amazon wizard Spotify streaming services, Deezer, TuneIn Radio, and of course Amazon Music. In addition to this, all the usual functions of Alexa are obviously accessible. 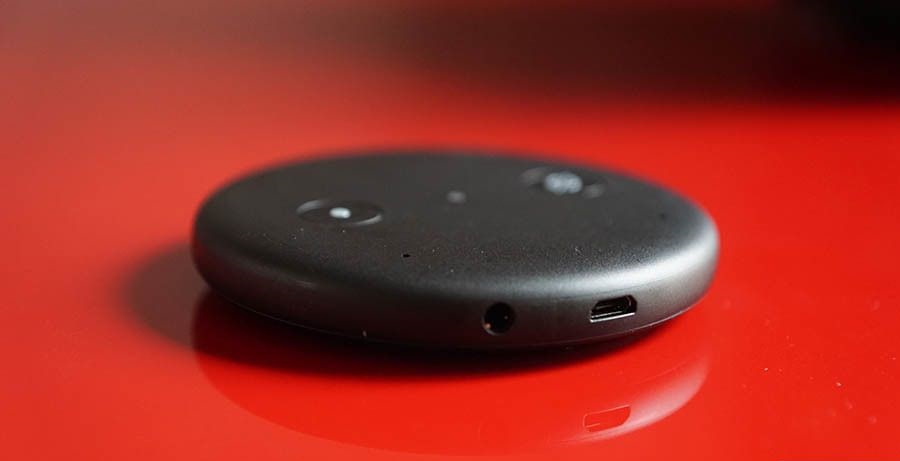 Only two control buttons are present on the Input: the action button to activate Alexa without the voice challenge, and the button cut / opening microphones. Volume adjustment point on the other hand - otherwise of course to the voice via Alexa ... or directly to the connected speaker.

The input is powered via a micro-USB connector, and is content with a power of 5 W to operate (5 V / 1 A). It can thus be simply connected to any USB port of any device. Despite this, Amazon still has the propriety to deliver it with an AC adapter.

Echo Input Bring Alexa to your own speaker 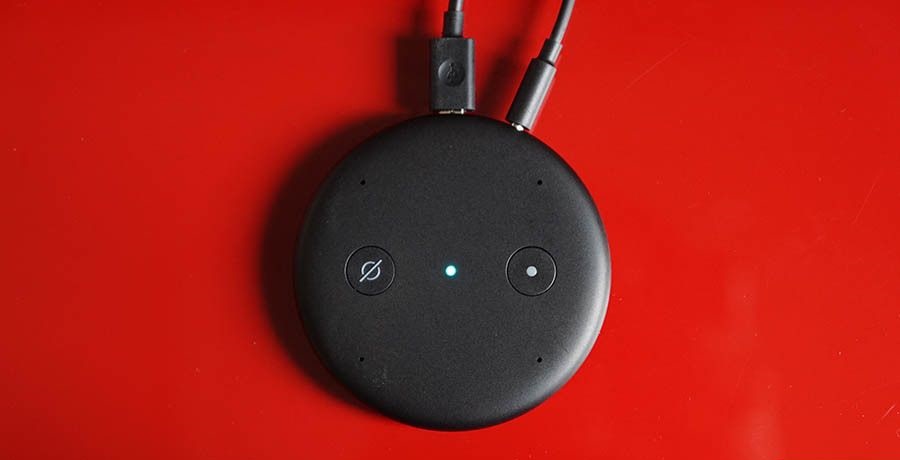 The four microphones of the Echo Input offer a very correct voice recording in absolute terms. The device is benefiting from Amazon's progress over the past few months on the software side and ensures effective voice recognition. In particular, there is a fairly low sensitivity to external noise disturbances: even in a noisy room, and even standing several meters from the machine, it is not necessary to raise your voice more than reason for our calls "Alexa" be heard.

Alas, in everyday life, these capabilities are not enough for the Echo Input, which has trouble to ignore a source of noise very particular ... that of the enclosure to which it is connected. Unlike a "standard" intelligent speaker, the Input does not completely control its acoustic environment, and therefore can not apply to the signal picked up by its pickups a noise cancellation compensating for the transmission of sound from the speakers. In fact, as soon as the Input is placed in the immediate vicinity of the speaker - which is his vocation - it becomes very easy, too easy to completely deaf.

In our tests, we used the Tandem Input with the Marshall Kilburn II portable speaker - a speaker that is certainly powerful for its size, but far from any record decibels. When the volume on the latter is set beyond 75% of its maximum value, it becomes necessary to scream literally on the Input to be heard. At a distance greater than 2 meters, the task becomes impossible.

It's a shame, because apart from that, the Input holds all its promises. It ensures a 360 ° capture perfectly functional: according to our experiments, whatever the orientation of the speaker compared to the user who speaks to him, the effectiveness of speech recognition is unchanged. Note also that the device is also almost perfectly insensitive to the height of the voice that speaks to him: bass or treble, all organs are equitably heard.

Amazon has not risked any frills with this Echo Input: it does what is expected of it, with honest efficiency, and that's all. But if it is today the least expensive solution to adopt Alexa, it still undergoes the fratricidal competition of Echo Dot, often sold barely more expensive than him, with the same audio outputs and a high built-in speaker that makes Alexa permanently accessible, even when the speaker to which it is connected is turned off. 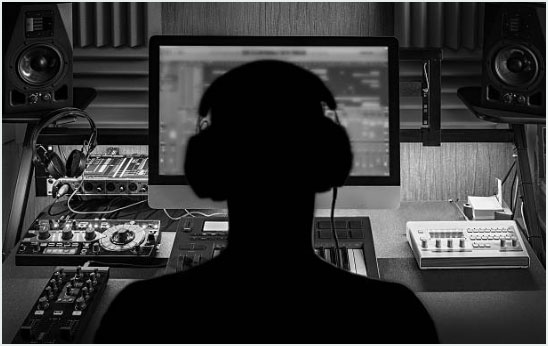