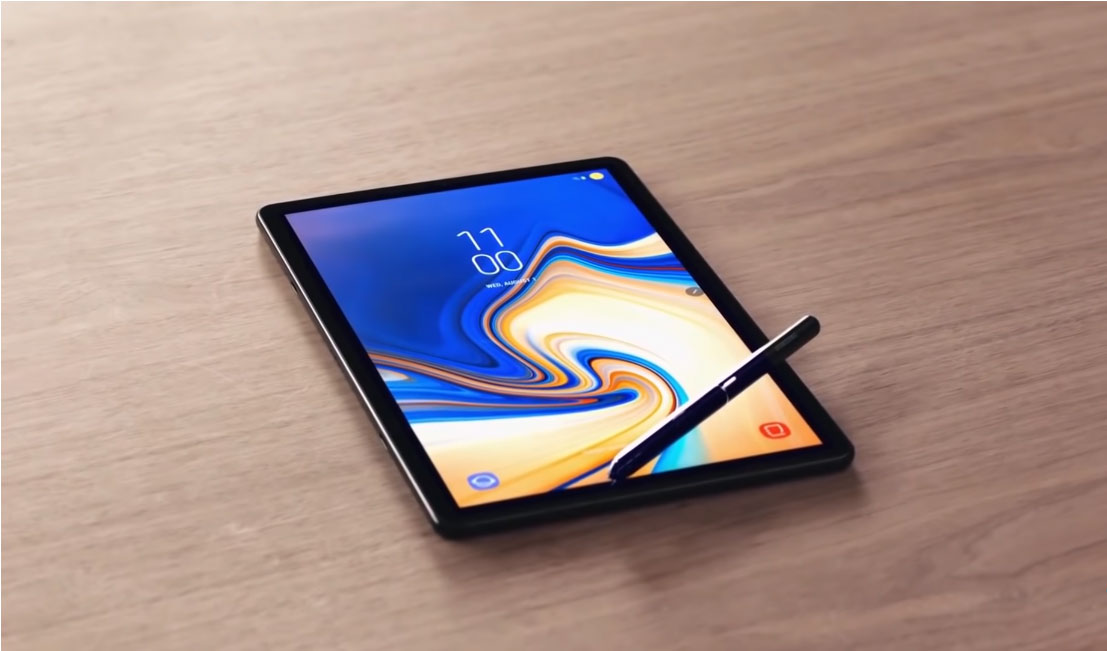 With its Galaxy Tab S5e ("e" for "essential"), Samsung offers the perfect execution of what should be a tablet today on the market. Light, powerful and autonomous. 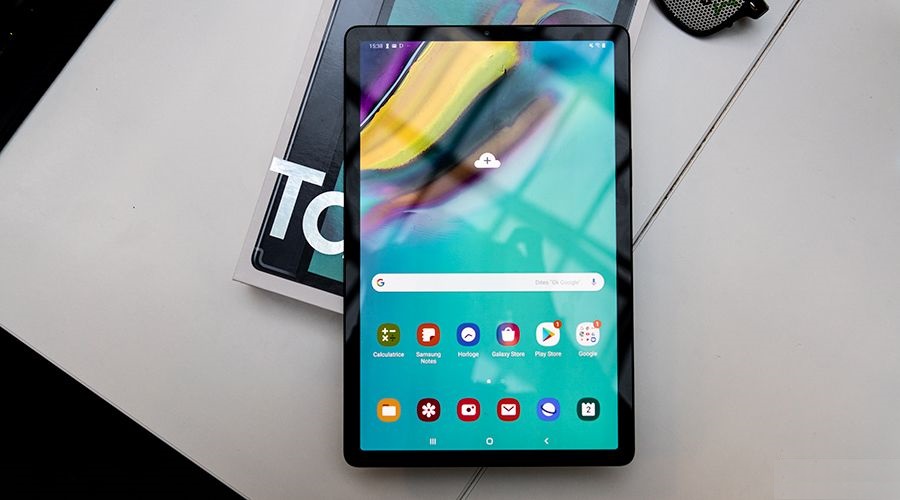 After an excellent Galaxy Tab S4, Samsung returns with the Galaxy Tab S5e, a 10.5-inch tablet also. Without being a complete substitute for the S4, the Samsung Galaxy Tab S5e has strong arguments to compete with the hegemony of the iPad 2018 - but also the Huawei MediaPad M5 10.8 "in its most expensive version. remains in the price range of its competitors. 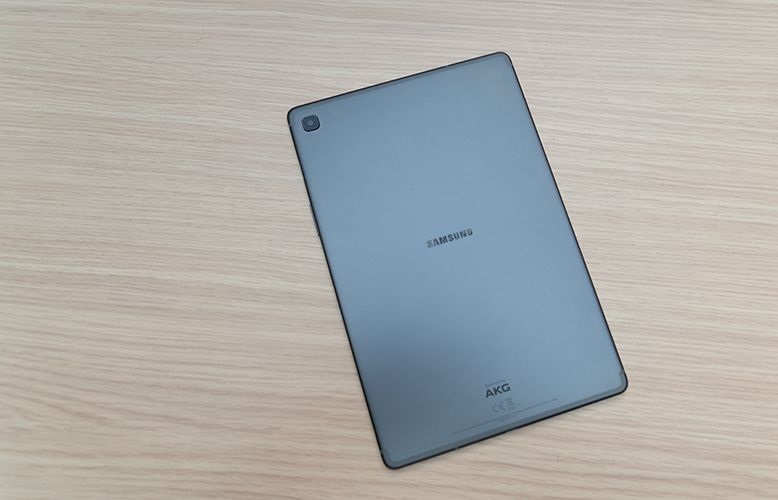 Far from the length adopted by the Galaxy Tab A (10.1"), the Samsung Galaxy Tab S5e has a more conventional format with dimensions of 245 x 160 x 5.5 mm, more finesse than the newer iPad Pro is also a featherweight because it only displays 400 g on the scale and in the hands, it feels great.

On the back, the aluminum back is similar to what we saw on the 10.1-inch tablet, with the difference that it is plain. At the top and bottom, the location of 4G antennas is marked by a light colored border (see photo above). Finally, the 13MP camera is placed in the upper left corner.

At the front is a slab Amoled, a definition of 2560 x 1600 px and a 16:10 ratio, which welcomes us. The screen occupies a little over 81% of the frontal area. The borders have been greatly reduced and are the same size on all four sides of the tablet. The top edge encloses the 8MP front sensor.

To complete the tour of the owner, we find on the right side the volume buttons and the start button which also serves as a fingerprint unlocking solution. Like on the Samsung Galaxy S10e. This same slot hosts a slot that can hold a SIM card or a microSD card. On the opposite edge, connectors allow connection to an external keyboard. Finally, as on the Samsung Galaxy Tab S4, this new iteration has 4 speakers, two at the top and two at the bottom, but it has no mini-jack 3.5 mm.

The 10.5-inch panel offers a definition of 2500 x 1600 pixels and a resolution of 288 dpi - almost the same as on the Galaxy Tab S4, 1 dpi. However, to get the most out of this great screen, it will be necessary to take a tour through the display settings and choose the "basic" option

Once this is done, the Super Amoled slab is perfect for excellence. With a delta E measured at 2.3, the Galaxy Tab S5e shows a colorimetry very well controlled. This is true even if some of the tones can exceed a delta E of 3, as for RGB colors. A defect that will only catch the eye of the most seasoned.

The color temperature is almost ideal (6,612 K) compared to the video standard set at 6,500 K. The readability is very good since, by day, the maximum brightness has been raised to 459 cd / m² and that the slab absorbs very well the reflections. At night, it's the same thing, with minimal brightness that peaks at 1.6 cd / m². For the rest, the remanence is imperceptible since it is an Oled panel and the touch delay is 43 ms. The contrast is infinite. 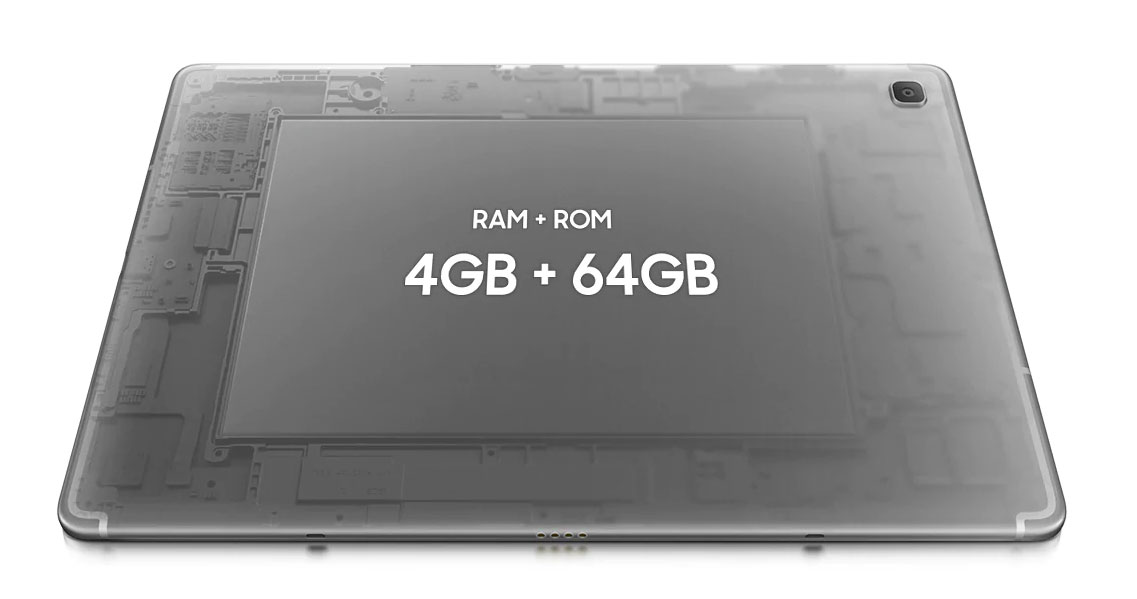 The tablet is devoid of an Exynos home processor and prefers to ship a Snapdragon 670 that can stand up to Snapdragon 835 proposed in the Galaxy Tab S4. No difficulty to operate everything you need, the tablet, well helped by its 4 GB of RAM, displays a fluidity unparalleled. However, this is not comparable with the power that can be found on an iPad Air (2019) or an iPad Pro.

For the game, it's an Adreno 615 GPU that takes over. Just as smooth as the processor, you'll have no trouble playing the most greedy titles, like Darkness Rises for example, which runs with all graphics pushed to the maximum and without any slowing or release of heat on the entire surface of the Tablet.

The Samsung Galaxy Tab S5e runs under OneUi, the interface based on Android 9.0 Pie. It offers an experience close to a "stock" operating system, that is to say without a software overlay. In terms of use, it's exactly the same as on the Samsung Galaxy Tab A 10.1 "(2019) .The" child "mode is available on this model, good news for those who decided to buy the tablet for the whole family Samsung's big tablet comes with Android 9.0 Pie and its latest security patch is March 1, 2019. 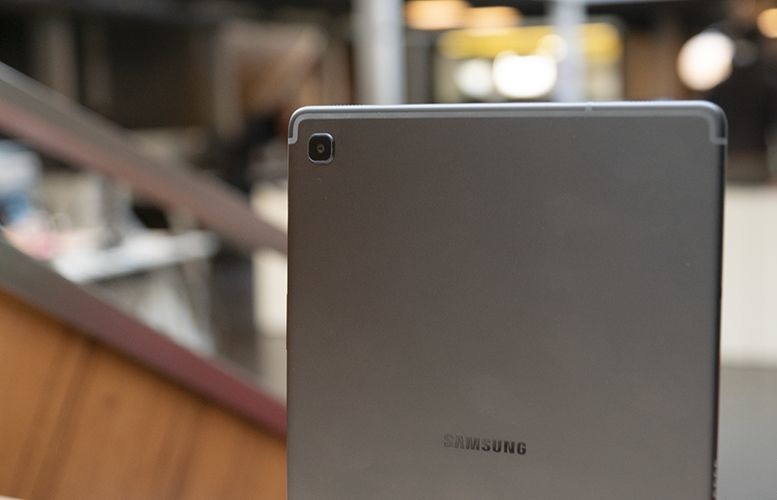 The Samsung Galaxy S5e is equipped with two sensors. One of 13 MP front (with a lens opening at f / 2.0) and one of 8 MP at the rear. In the field of photography, the tablet can claim to make a hair better than the Galaxy Tab S4, and it is excellent news.

By day, the result tends to draw towards red tones. However, the scene lacks a little dive but transcribes the details well. The contrast is also well managed, compared to what the Apple tablet offers.

The quality of night is not very exploitable. The picture obtained is yellow and the software treatment smooths the details. We can distinguish a little noise on the darker parts of our picture. But the sensor is doing much better than the iPad that gets more noise.

In frontal, the proposed sensor is 8 Mpx. The result of the selfies is rather correct even if the whole is cruelly lacking in sharpness, often in the hair. But because of its lightness, it will be perfect for video call sessions or photos on the fly. Even if, as with the Galaxy Tab A 2019, it is always strange to take photographs with his tablet. 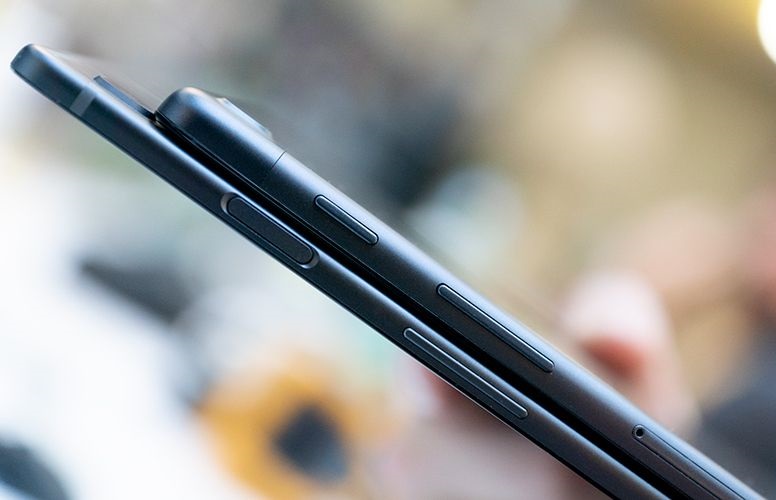 The tablet does not have a 3.5mm mini-jack output, but offers in the box a USB-C to mini-jack adapter. Good initiative on the part of Samsung since this allows the Tab S5e to offer good audio performance. The output power delivered is more than correct and will suit most helmets. The distortion and the dynamics are in every way excellent. Only the stereo reproduction is not at the level of the rest, not to say very bad.

For the sound broadcast by the 4 speakers, the tablet can count on AKG and Dolby which, by means of settings, will make your musical listening a little more immersive. But even without these artifices, the sound quality is very good. 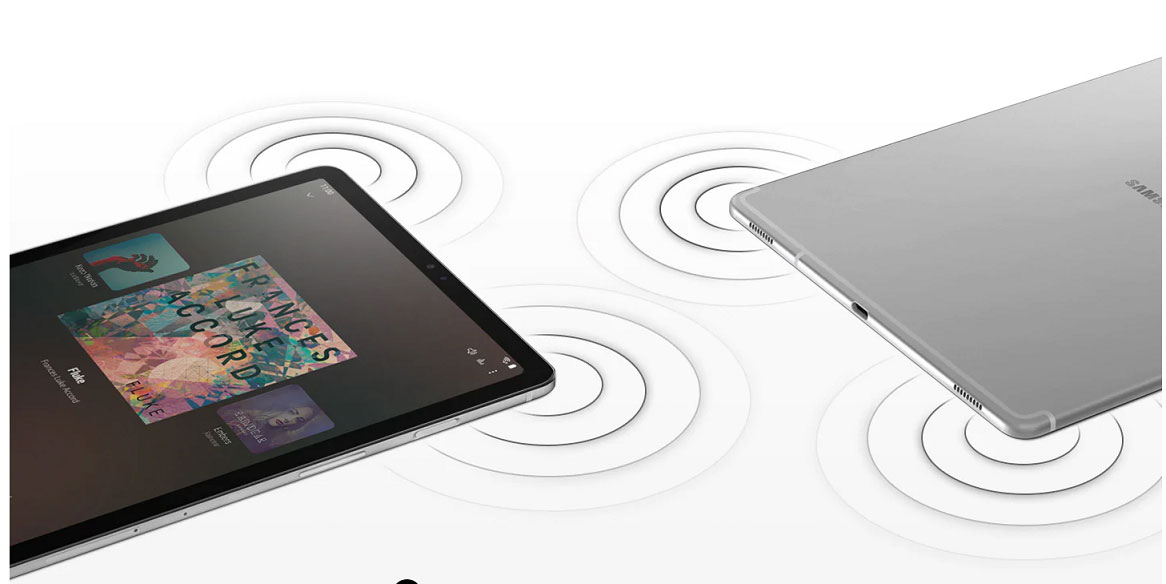 With its battery of 7 040 mAh, the tablet promises a battery life of about 15 hours. After having passed our test on SmartViser, it appears that the commitment is more than held with a result of 20 h 34 min, which in use should offer about two comfortable days of autonomy. For recharging, it will take about 2 hours. Note that the tablet is compatible with fast charge at 18 W.

The "e" of "essential" has never been so well worn. Samsung offers a tablet that has all the weapons to establish itself as the best on the market. Well helped by its Super Amoled screen, the photo and a template as thin as light, it serves as a perfect alternative to the iPad and other Android tablets. It even manages to supplant the excellent Galaxy Tab S4 for a much lower price. 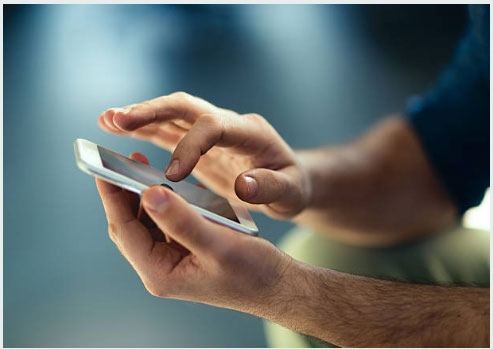